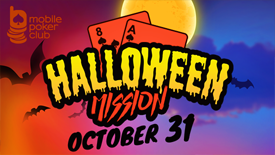 Halloween is upon us and Billy the Dead Man is coming back to life!

Hickok usually always sat with his back to a wall because he was paranoid about being killed, but on this fateful day he didn’t because another player wouldn’t change seats with him.

McCall came up behind Hickok and shot him in the back of the head with his Colt .45 revolver. Most accounts say that Hickok’s hand at the time was comprised of black aces and eights.